Home
Dealing With Bed Bugs
Why do Those Darn Bed Bugs Keep Coming Back! 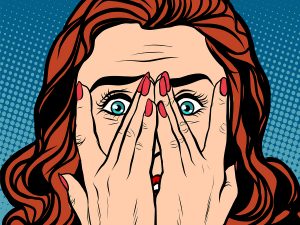 Did you know that bed bugs were totally wiped out once? But why do they keep coming back, right?! I know! Very recently they have recovered and returned with a vengeance. Homeowners like you and I are totally concerned with bed bug disaster and the risks of their infestation. There are hotels and theaters that need to be shut down temporarily due to uncontrollable bed bug infestation. It is also safe to say that bed bugs do not only bring psychological problems to their victims but they can also harm the economy. Millions of dollars are estimated to have been spent every year on pest control companies in dealing with the bed bug crisis. So the question lies, why have these darn bed bugs came back?

Bed bugs have been around since ancient times

Bed bugs were traced back to caves someplace along the Mediterranean coast. Latest investigation suggests they have lived probably around 250,000 years ago. They primitively lived on bats but began feeding on human when our ancestors sought habitat in caves.

Bed bugs have survived and flourished since then that the saying ‘don’t let the bed bugs bite’ had been brought to wish someone a good night sleep.

During World War II, there was an increase in bed bug population due to the cluttered and polluted conditions. Insecticides such as DDT were used after the war which eliminated large numbers of bed bug population temporarily. The FDA and the EPA found these insecticides hazardous to human health and environment, that’s why DDT was banned in the 1970s due to this reason. Harmful chemicals such as chlordane were also used in killing bed bugs but were also found responsible for the deaths and extinction of bald eagles.

Chemical pesticides underwent restriction and resulted to the emergence of natural and organic pesticides. On the downside, bed bugs have established absolute resistance to these pesticides. Nowadays, most homeowners use floggers, bed bugs spray, powders and traps to control bed bugs. Surprisingly, bed bugs are getting more agile that they are often not attracted by these substances. Furthermore, these products are required to come in contact with the bugs to be effective. And using these products on direct contact with bed bugs is impossible to those fitted in unreachable areas like small crevices. Finding these bugs is also a taxing effort as they tend to hide in dark places during the day and only come out to feed at night. Moreover, failure to observe other preventive measures constantly causes the bed bugs to come back.

Studies on female bed bugs reveal that a single of them can lay approximately 500 eggs. This number alone, when hatched, can comprise the entire populace of bed bugs in a single infestation.

Bed bugs do not cling to human. They are being transported to different places by clinging to luggage and clothing. Hauled furniture and couches can also transfer these bugs from room to room or building to building. When people fail to comply with the right precautions in discarding infested items, bed bugs tend to come back or just move to other place to initiate another infestation. Another means of bed bugs transfer is by obtaining used mattresses, cabinets, fabrics from yard sales where infested objects might be sold to unsuspecting buyers. This aids the spread of bed bugs from one place to another.

What attracts the bed bugs?

Bed bugs are attracted to the carbon dioxide in our breath. They are also known to be drawn by the heat of our bodies. Like most insects that are attracted to some chemicals we emit, bed bugs can also detect these chemicals that help them sense if a probable host is nearby.

Even with the aid of a pest control professional, it is still a difficult process to go through. You have to thoroughly wash infested items at high temperature to guarantee that all bugs were killed. Heat treatments can be used because bed bugs die at high temperature. You can use the dyer or even your hair dryer for this purpose. Application of heat treatments should be done cautiously, as some cases of improper application have set their houses on fire.

Insecticide sprays should also come in handy, although bed bugs have developed great resistance to many bug sprays which makes them ineffective at times. You need to follow precautionary measures in using these products. At some cases, people have accidentally poisoned themselves with these insecticide sprays. Extreme amount of bug bombs or foggers can cause fatality when ingested or inhaled.

Why bed bugs are coming back?

To sum up all the reasons to explain the recent resurgence of bed bugs, we trace back to the time when they were first wiped out after World War II. With the use of DDT on a large scale, bed bug numbers were considerably reduced and the hope of total elimination was slowly beginning to realize. But then the use DDT was halted due to its harmful effects on people. And at the same time some bed bugs started to develop resistance to chemicals.

Another significant contributor to bed bug widespread is that in the ’80s and ’90s, flying domestically and internationally has become cheaper and easier. Bed bugs are really good hitchhikers, they cling on luggage and belongings so they were able to spread around the world.

The increase of human population can also supplement the increase of bed bug population. Besides, more food means better life sustainability. Large population means more residences, which also means more habitats for the bed bugs and would make it easier for them to travel from one home to another in close proximity.

All these factors are deemed responsible for the recent resurgence of bed bugs. Not to mention of how rapidly they reproduce.

Where Do Bed Bugs Hide – 6 Top Spots You Should Check!

3 Effective Ways to get Rid of Bed Bugs